History of the Hemp Plant The history of the hemp plant dates back 10,000 years. Carbon evidence suggests that1 hemp was used as early as 8,000 BC. British history indicates that it has been cultivated since 800 AD. During the 16th century, Henry VIII demanded that hemp crops be grown in large quantities to provide the raw material for the British naval fleet. Cultivated plants are 10-15 feet tall and have a trunk with many fibers to support their weight.

Hemp is found mainly in the northern hemisphere and is a variety of the hemp Sativa species. It is cultivated for the industrial use of its by-products. It has lower concentrations of tetrahydrocannabinol (THC) – a substance that changes brain function – and higher levels of CBD (cannabidiol).

What is the hemp plant used for?

As highlighted in the introduction, hemp has been around for many years. Ancient people found it useful in various ways and to this day, the hemp plant has various uses. In Britain, it was used in the construction of battleships, ships, and their components.

Hemp in the East

China2 was the first to engage in hemp cultivation. This plant had many applications but was mainly used for medicinal purposes. History shows that they used the roots of the plant to cure blood clots and infections3. The remaining parts of the plant were used to prevent hair loss and stomach aches4. Modern science has proven these two main uses.

Nowadays, hemp has been used in several recipes due to its properties for human health. It is rich in fatty acids and amino acids which are essential components in a diet. Like regular nuts, hemp seeds can be consumed in the same way.

Extensively, it has been harnessed to produce salad oil which is used on many farms today. Due to the numerous benefits of employing the products of this plant, many people prefer this hemp derivative over any other on the market.

It also has its use in pet food. When mixed with cat food, it makes their coats healthy and shiny. In addition, it is used for feeding dogs, cows, and horses as a supplement.

Another useful function of hemp is to maintain healthy skin. Hemp is used to making lotions that nourish and moisturize the skin because of its content of essential fatty acids that help combat dry, cracked skin. Oil generated from hemp is used to make many petroleum-based products. Paint made from hemp oil lasts longer than ordinary paint. In addition, hemp oil is non-toxic and environmentally friendly.

Hemp in the world

In the West, the hemp plant is used in the textile industry. It is used to make a variety of fabrics and fibers that are similar to cotton but more durable. The oldest known fabric, the first pair of jeans, and even the first American flag were made from hemp. The hemp plant was the dominant material for the apparel industry until cotton arrived.

Hemp oil has long been used as a fuel. Until the 1870s it was used as fuel in many American homes until oil was introduced. Today, hemp oil is used to create biofuels that replace gasoline5 used in diesel engines. Biofuel is much better for the environment as it is renewable and does not produce hazardous gases such as carbon monoxide. If you are seeking a source of inspiration and guidance about hemp, check out Hemponix to find more info.

Hemp has also provided an alternative to plastic products. These products are an important part of our lives because many of the things we use are made of plastic. This is dangerous for the environment as they are not biodegradable. Hemp offers a better alternative through the production of recyclable packaging. 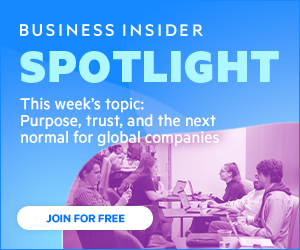